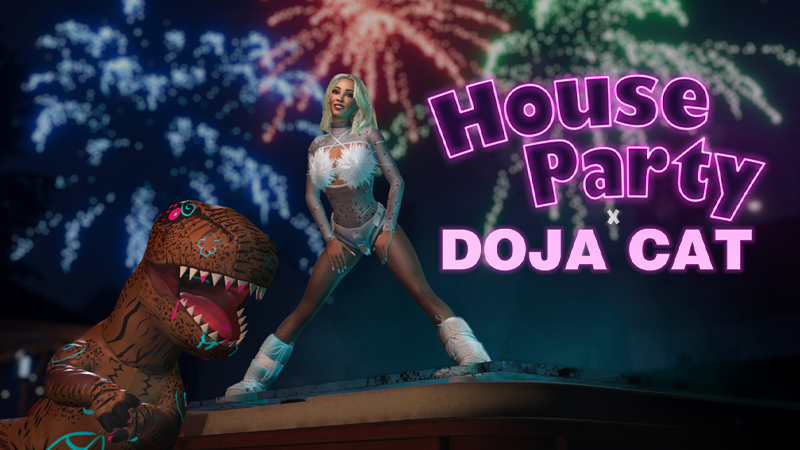 The real-life AMA and Grammy award-winning global superstar shakes up the original party, and Shit. Just. Got. Real.

You now have an invitation to help the renowned pop artist get into the party and uncover the secret identity of Dinolicious, a costumed online dancing sensation that Doja Cat wants to feature in her upcoming music video. But don’t say we didn’t warn you: making a music video with this band of drunk or disorderly partygoers won’t be easy. You’ll need to make the right choices and be resourceful to help it go viral.

You can watch her react to events around the party, overhear fresh new background conversations from your favorite NPCs, and maybe even spark a bit of romance with Doja Cat herself.  And you just know Frank has something to say about this new guest, too. Hmm … wonder how that will turn out?

All of your favorite partiers are still at the party. And now Doja Cat is there.  But the party can’t start without you!  So let’s gooooo!!!