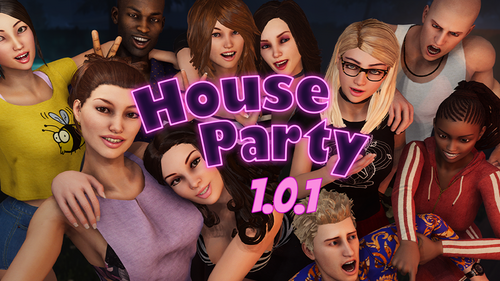 The exciting post-release after-party is here, doods and lady-doods!

If you've been watching our updates lately, you know that the Doja Cat DLC is coming along awesomely, and we're still working super hard on improving the base game, too! Also, we're proud to announce that House Party's Stable Release 1.0.1 is available to all players now!

What's in this fancy new release? Well, before House Party left Early Access, we added some of the biggest graphical improvements that the party had seen thus far, and we also added some pretty graphically intense cutscenes. In this update, we worked hard to account for these graphical upgrades by adding a ton of optimization improvements!

We have also significantly reduced the memory that House Party uses, increased the frame rate of the game, improved frame drop and game lag issues in the yard (which were reported by multiple partiers), and fixed several crashing and stability problems. The game should be a much smoother and consistent experience for everyone going forward!

Thanks to these changes, House Party also runs smoother on the Steam Deck! You should find that the game now plays great on Ultra settings.

Of course, a handful of bug fixes and other changes to existing content were added in this update, too! It should be much harder for characters to accidentally fall outside the game world (total party foul right?), new translation components were added to the "hard coded" English text so translators can make more progress on localization, and we improved some sight check/culling check settings.

You can also now grab more items around the house, and keen-eyed players might spot a few mysterious, spoilery items hanging out and about in the game world!

Want to see a full list of the changes? Read our patch notes below.

Note: Custom stories may no longer function as intended, until updated by their owner/author.